Debby Riordan is one of four women who founded Southlake Montessori in 2014 and served as the Founding Head of School through the 2017-2018 school year.  She is the current Vice-President. In addition to her role as VP of the Board, currently, Debby is the AMI Lead Elementary Guide at Southlake Montessori and the school's Pedagogical Advisor. Debby is also the Founding Director of Montessori360 supporting parents, faculty and administrators. Prior to this work, Debby worked diligently with the Association Montessori Internationale of the United States (AMI/USA) first as a board member and then as the Executive Director.  Debby has a Master's degree in Developmental Psychology, a Bachelor's degree in Psychology, her AMI Montessori Elementary diploma and, most importantly, has witnessed the gift of Montessori education in her four children. 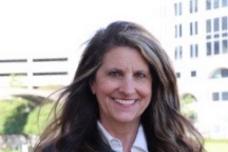 Cristina Scott has been a longtime proponent of the Montessori philosophy both as a parent and a Board Member.  Her daughter was a Montessori child for seven years and Cristina served as a Board Member of that school prior to helping found Southlake Montessori in 2014.  After working in commercial and operational roles at Sabre for 24 years, Cristina currently serves as VP Financial & Professional Services for the CWT based out of Washington, DC.  Her philanthropic work includes initiatives for Amnesty International, responsible and sustainable business practices, and anti-human trafficking work.  Cristina is honored to have been a founding Board Member at Southlake Montessori and is proud to be part of this important work which has such a profoundly positive impact on the children and families in our community. 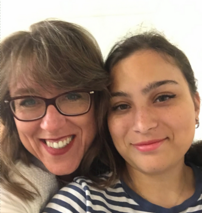 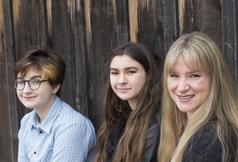 ​Bonnie Hamilton was first introduced to Montessori education as a parent.  Both of her children have attended an AMI Montessori school since the beginning of their educations, and Bonnie assisted in a Lower Elementary Montessori classroom for two years.  She has seen firsthand what a Montessori environment can do to foster the love of learning as well as a sense of community in a child.  Bonnie has a BBA in International Business and Business Broadcasting from the Hankamer School of Business at Baylor University.  In addition to her time as  Montessori Assistant, Bonnie has spent most of her career in the financial services industry.  Bonnie is very proud to be a Founding Board Member for Southlake Montessori. ​